Buy it on Amazon – http://lon.tv/0yqjt (affiliate link) – The Brother ADS3000N network connected scanner converts documents to PDF at a rate of up to 50 pages per minute. See more scanners here: http://lon.tv/pnlin and subscribe here! http://lon.tv/s

This scanner might finally be the one to best my beloved Fujitsu ix500 due to how less draconian it is for working with multiple network users. In fact it doesn’t even need a PC to operate, and I suggest not even installing the PC based software unless you need some of its included OCR software.

The three buttons on the front can be configured via the scanner’s internal web server to send documents to specific network locations either via Windows file sharing (Samba), FTP, SFTP, or to Sharepoint destinations. While only three buttons can be active at once, many more profiles can be configured and swapped in as needed through the web interface. I have been scanning documents to a NAS device on my network and it works just fine with and without user names and passwords.

Brother also has a mobile app for iOS and Android that can find the scanner on the network automatically and pull documents through that way. The mobile device can then pass the document off to Evernote and other apps compatible with PDF documents. It can also be emailed from there as well. A USB port on the side of the scanner will allow for direct scanning to a USB memory stick, again without the need for a PC in the middle.

The scanner is extremely fast and includes a workable multifeed detection. When it detects a multi-feed it will save the work it has done and stop, at which point the document can be restacked and continued although a new file will need to be created and merged with the first portion on a PC. It scans both sides of a page simultaneously and will automatically reject blank pages if you have a mix of double sided and single sided documents.

A bunch of included software is included for OCR and document management. The included OCR software can work by opening one of the PDF files on the network drive after it’s scanned, or configure the scanner to shoot the document directly into the PC that has the OCR software installed for character recognition.

Why do I like this better than the Fujitsu? Because it doesn’t need software installed on a PC to work. The Fujitsu does have network scanning capabilities but it needs to get ‘locked’ to a particular computer first. Changing the paired PC on the Fujitsu requires unpairing from one and repairing with the other one – a real pain especially when you just want to do a quick scan to your laptop vs. desktop. This one will just fire off documents to a network drive or USB stick and can work with multiple PCs too.

While this scanner doesn’t have a built in email client I have found for my purposes that the ability to connect to local NAS devices is just as useful.

Visit the Lon.TV store to purchase some of my previously reviewed items! http://lon.tv/store

Want to chat with other fans of the channel? Visit our forums! http://lon.tv/forums

Want to help the channel? Start a Patreon subscription!
http://lon.tv/patreon

Or you can help out just by purchasing things on Amazon through this link: http://lon.tv/amazon 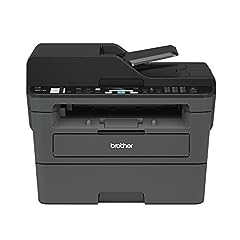 Print more, wait less. Engineered for increased efficiency with class leading print speeds of up to 32 pages per minute. Dynamic features meet your evolving needs. The 250-sheet paper capacity helps improve efficiency with less refills and handles le... (as of September 17, 2020 - More infoProduct prices and availability are accurate as of the date/time indicated and are subject to change. Any price and availability information displayed on [relevant Amazon Site(s), as applicable] at the time of purchase will apply to the purchase of this product.) 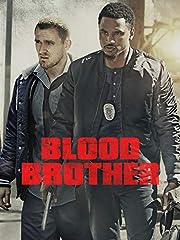 (as of September 17, 2020 - More infoProduct prices and availability are accurate as of the date/time indicated and are subject to change. Any price and availability information displayed on [relevant Amazon Site(s), as applicable] at the time of purchase will apply to the purchase of this product.) 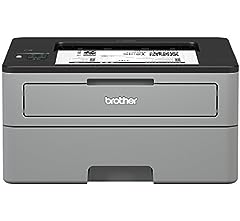 Print more, wait less. Engineered for increased efficiency with class leading print speeds of up to 32 pages per minute1. Dynamic features accommodate your evolving needs. The 250-sheet paper capacity helps improve efficiency with less refills and ha... (as of September 17, 2020 - More infoProduct prices and availability are accurate as of the date/time indicated and are subject to change. Any price and availability information displayed on [relevant Amazon Site(s), as applicable] at the time of purchase will apply to the purchase of this product.) 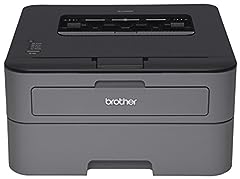 Prints up To 27 ppm, automatic duplex printing 250 Sheet Capacity Paper Tray. A4 2-sided print speed-13. A4 standard print speed-26. Automatic 2 sided print. Recommended monthly volume-250 to 2,000 pages Windows 10 Compatibility: If you upgrade from ... (as of September 17, 2020 - More infoProduct prices and availability are accurate as of the date/time indicated and are subject to change. Any price and availability information displayed on [relevant Amazon Site(s), as applicable] at the time of purchase will apply to the purchase of this product.)

if it had wifi it would be perfect

Lon, enough with the open policy spiel at the start of the video. It’s annoying. I get it, you’re an honest guy and a lot of other youtubers aren’t, get over it and find a different way to get your message iyt there. The subs know you’re doing good, so it’s not something that needs to be said over and over and over again. Just put it in the description text and stick to the product review.

Is there a product that scans as fast as this and prints too? Preferably $300 or under

Thanks for the video sir. Helped me see how this printer functions practically. Tell me, if my printer is limited to 50 PPM like this one, does that mean I will 100% definitely get 50? Can the amount be impacted somehow?

How does it handle scanning business cards, drivers license or SS# cards?

Sad! I think this is your first video in a LONG time where you don’t have your stack of Cardboard behind you on your NAS! I started this video, and noticed something looked out of place in it, only to realize your Cardboard stack has moved.

I have the neat scanner. Keeps grabbing multiple pages, that one look better and close in price to the neat.

Wow look at the pages fly! Why do you load the printed pages facing the feed tray when this machine will automatically scan both sides simultaneously? Is the color scan option at a lower resolution? I have a slower Epson multi-function scanner/printer/copier/fax machine with a document feeder. When it scans to .PDF all it is doing is inserting a .JPG into a .PDF file type. Have you thought of using DoPDF and PDF redirect? DoPDF lets you print to .PDF files instead of a printer. The other program lets you merge as many .PDF files in to a single .PDF file. I use it when I am assembling pages for each of my RPG’s Game Board Adventure Modules before I upload it to http://www.rpgnow.com

I think to expensive for home use?

Could you do some reviews on the different types of book scanners?